Bills on map reviews, climate change and well permits have drawn the attention of farming organizations as debates heat up in the final week of the California Legislature. Lawmakers are quickly shuffling through hundreds of bills, and many others are likely to emerge before they close shop on August 31.

Assembly Bill 2183 is the top priority. Labor supporters are pushing for postal voting to be allowed for rural workers’ union elections. However, critics fear that other provisions of the bill would give unions unrestricted access to ballots. The bill is nearly identical to a bill vetoed by Gov. Gavin Newsom last year, although the author, Monterey Bay MP Mark Stone, has emphasized that he is working with the governor’s office as well as the Agricultural Labor Relations Board to address potential management concerns.

Like AB 616 in 2021, AB 2183 has garnered the support of a coalition of progressive Democrats and has advanced along party lines through multiple committees and through the assembly level. Again, the bill’s sponsor, United Farm Workers, is leading a 300-mile march from Delano to Sacramento to raise funds and support, drawing widespread media attention in the process. The main difference this year is that the UFW has rejoined the California Labor Federation, an alliance of labor unions that exerts a powerful influence on Sacramento politicians, particularly since the federation’s newly appointed chairman, the former Asm. Lorena Gonzalez was until recently one of the most powerful lawmakers in the Legislature.

Michael Mueller, director of government relations for the California Association of Winegrape Growers, hopes Newsom will again veto the measure, as two other governors have done with similar bills. He said Agri Pulse that the UFW is trying to take control of the union election process.

“It would be like giving Trump or Biden control of the entire 2020 election where they could collect the ballots, fill them out and then drop them off at the polling stations themselves,” he said.

Matthew Allen, vice president of state affairs at the Western Growers Association, agreed that no party with a financial interest in the process should have anything to do with handling representation cards for the ballots, adding that the UFW is the Cards could pocket a year or never turn them once it has a majority of the votes.

A separate provision in the bill dealing with the process for appealing orders from the Agricultural Labor Relations Board sparked further alarms. Allen claimed it violated basic due process and created an ethical conflict by establishing the board as the gateway to determine whether an employer could appeal an ALRB order — before the employer has even filed an appeal. While appeal bonds are standard by law, they are set by the court system, a neutral third party, he explained.

Jim Houston, administrator of the California Farm Bureau, clarified that agriculture had no problem with the concept of mail-in voting, but described this bill as a card review disguised as a mail-in ballot measure.

The Newsom administration has not commented on the bill, but has continued negotiations with Stone on AB 2183 and is reportedly considering a bill that would convert the governor’s executive order on drilling groundwater wells into law.

Earlier this month, the Senate Appropriations Committee softened the measure with new changes. The bill would no longer require counties to accept the results of a GSA and now only targets new wells rather than upgrades and maintenance. This happened as a Community Water Center gathered outside on the steps of the Capitol to adopt the measure together with other measures to protect drinking water.

But the changes did not go far enough to mitigate agricultural resistance. Mueller said the bill only creates unnecessary obstacles to building a well.

“If you’re trying to ban a well, just ban the well,” he said, while questioning the need for such a bill since the governor had already addressed the issue in his executive order.

Allen called it extremely concerned that AB 2201 would bring about a permanent change in the law while Houston was weary from years of such water fights.

“The water pressure exerted on food producers in the United States — particularly in the Central Valley of California — will negatively impact food production and accelerate food price inflation,” Houston said. “We hope that lawmakers will not further restrict access to this valuable resource at a time when it is most scarce.”

With the session just a week away, the governor is pushing to introduce a list of aggressive new climate measures. Farmers, along with business groups and the oil and gas industry, are sounding the alarm over the potential energy costs for tariff payers that could result from such legislation – at a time when the state is issuing flexible warnings to conserve energy.

The governor has sent lawmakers a bill of five proposals that he wants to flesh out immediately. Dairy Cares Executive Director Michael Boccadoro is concerned about two of the proposals that would accelerate the adoption of renewable energy sources to achieve carbon neutrality by 2045 and set a more aggressive 2030 target to reduce greenhouse gas emissions. He argued that the targets would drive up costs for energy, housing, fuel and food.

“California seems hell-bent on passing the Inflation Acceleration Act,” Boccadoro said, contrasting the state’s efforts with those in the federal inflation support package. “They have tremendous economic implications not only for the business community but for every resident of the state. And honestly, the impact will be hardest on low-income Californians, who can least afford it.”

He was also frustrated with the process of introducing such an effective policy, as it lasted well into the 11th hour of the session, skipped public debate in policy committees, and offered no details on how to achieve the goals.

A rule requiring bills to be printed for three days before final votes are cast means some new measures are likely to come out later this week. Lawmakers often cannibalize bills that have already sailed through committees to cobble together ambitious new policies at the last minute. The governor’s climate goals could be manifested in bills for budget trailers just before the deadline.

Boccadoro also said the state has many ambitious goals and should spend more time figuring out how to achieve them rather than adding more. He was frustrated that lawmakers spent much of the legislature on measures that could increase energy and fuel costs, rather than trying to reduce those costs. 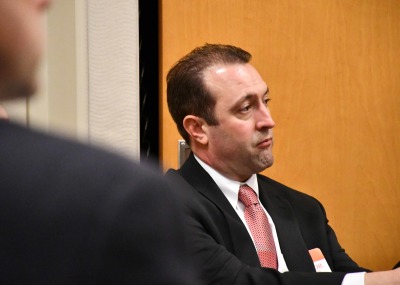 “How you will come [to these goals]if we can barely leave the lights on now should worry us all,” he said, referring to the Flex warning on energy conservation issued by the state during a heatwave last week.

Similarly, Houston said the state would do better to help fight climate change by supporting agriculture.

“Any food grown outside of California is worse for the climate,” he said. “To the extent that these guidelines increase the amount of food grown in California, we are fortunate.”

Still, Houston worried about setting potentially costly new climate targets when economic indicators are pointing to a recession on the horizon.

A handful of other measures have also drawn the watchful eye of agriculture. Farm groups have opposed AB 2146, which would ban almost all nonagricultural uses of several neonicotinoid pesticides. Political advocate Louie Brown, who represents several farming groups, has argued that the bill undermines the regulatory process set out by the Department of Pesticides Regulation and would allow invasive pests to multiply and further spread diseases like citrus greening.

Likewise, Allen said that a measure to improve the state’s heat and smoke standards is misplaced and hogging the scientific process. He noted that the California Labor Inspectorate has already considered such suggestions in its rulemaking process for both standards. Mueller, meanwhile, criticized the bill for its poor writing style and said the author wasn’t concerned about changing simple editorial mistakes in the text that came from the law students creating the language.

“It would be really nice if the legislature would think a little more about good public policy instead of just counting their votes,” he said.

Allen was also concerned about a bill proposing a new mandate for recycling thermoformed containers, arguing that it would put more strain on the entire food system.

Another far-reaching measure, SB 1162, would require companies to publicly disclose payroll data to identify differences based on gender, ethnicity or race, and has met strong opposition from business groups. Mueller outlined a variety of situations where the bill would impact growers. It would require farm workers and growers to report on the same workers, leaving growers vulnerable to inaccurate information that the contractor would have to share with them, he explained.

“It’s really not helpful from a public policy perspective, and it’s a nuisance from a grower’s perspective,” he said. “There is meaningless, unnecessary information that is confusing and doesn’t help to do anything.”